I was thinking about the election this weekend. Through gerrymandering, constant smearing of the popular candidate, an angry electorate, and a second year incumbent, the Republicans were in place to achieve their trifecta. All they had to do was to nominate a moderate candidate for president to seize the center, and they could have held all major government branches. They could have done this.

Instead, they walked to a parking lot in Cleveland, Ohio and blew their collective brains out.

Their candidate is so bad that he is eroding all their work, putting the Senate into the play, and the Democrats now have their eyes on the House. At this rate, the Republicans may achieve the wrong trifecta, giving Democrats victory.

On Sunday morning, I finally sat down and back engineered the Art Deco design for Luke's X-34 landspeeder. The whole process took a few hours, with the main difficulty being finding good pictures of the vehicle. That was a challenge. Too much noise! But I did find a few good pics and really helped.

McQuarry was a fucking genius who knew his shit. I actually underestimated his design skills (which is saying something).

I'm still not satisfied with the engine. Getting a really clear look at them proved quite difficult, so I couldn't really tell how the curves went. 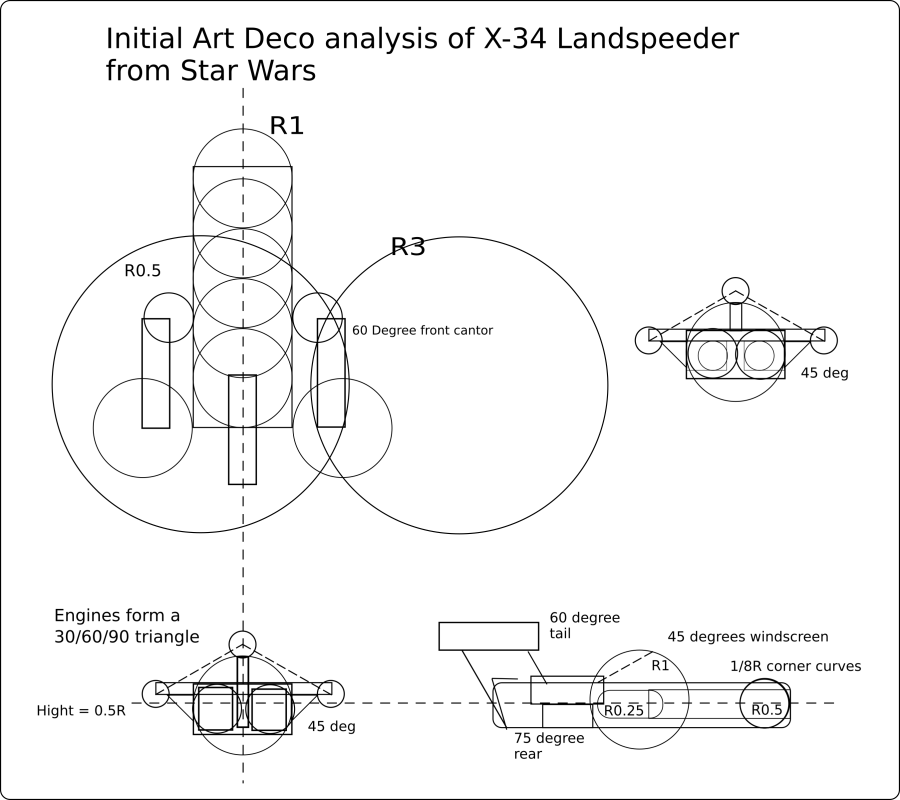 Douglas Milewski is a fantasy writer who liked drafting class too much. In his recent artistic struggles to produce art deco for his own covers, he found no internet sites dedicated to the technical underpinnings of the art. Seeing a niche that needed filling, he has documented his hard learned experiences. He doesn't claim that he's right, and would very much appreciate it if someone more competent would save him from his own folly.
Collapse