Edit: My brother informs me that we had a Chevy, not a Ford. I got the wrong car! They were so similar in the picture. Take this as a lesson in what your memory does to you.

My family had a wagon as I was growing up, but I am not exactly sure which type. To get close enough, I picked a 1969 Ford Country Squire wagon because of its popularity at its the best match to my memory. Like the car that you see below, our wagon had fake wood trim, a roof rack, louvre windows, and a front end that went on for half a mile. I'm told that wagons of this era were like the SUV's of today: they had big-ass engines in them to haul campers and trailers, meaning that they also had big grills and radiators to dump all the heat.

Like most cars of the day, it had bench seats where we never used the seatbelts in both front and back. One of the kids always sat up front, between the parents, in order to fit everyone, and these cars were wide enough to accomodate that. In fact, three friendly adults could sit up front with little issue. The far back had some additional seating, but the far back also folded flat into an expansive area that a kid could easily lay in. I remember playing back there on a long trip to Chicago. Again, no seatbelts.

Louvre windows aren't around much these days, but back in the 70's when air conditioning was a luxury, you needed some way to push air into the cabin, and that's what the louvre windows did. The window twisted open, turning the window into an air chatcher, pushing in air as you drove.

Our roof rack was essential. Stuff got put there on a trip as we didn't have room for both kids and luggage. I think that we even used a trailer once on vacation, but that's a fuzzy memory.

This is a pretty typical interior. First off, you have ashtrays everywhere in these cars, for both the front and the back. You can't see them well, but they are there. Those straps for pulling the door closed were also typical. With no center console, you see the drive shaft going through the cabin. Contrary to what I said before, we did wear seatbelts sometimes, these days called lap belts. They connected in with a great metal CLICK and unbuckled with an equally great but different metal CLICK.

The driver had a pretty plain wheel, a left foot parking brake, and an automatic transmission connected to that big lever on the steering wheel. You pulled the lever, changed driving selections, then pulled it again to change back. To park, pull in and up, and you were in park. Each selection had a great little thump as haptic feedback. The radio had big selection buttons with equally great haptic feedback. Even the cigarette lighter had great feedback. We had great fun as kids pushing that thing in only to see it pop back out.

Here's an image from the 1982 Countyr Squire which shows the seats that folded exceedingly flat. They pretty much worked that way back in 1970. 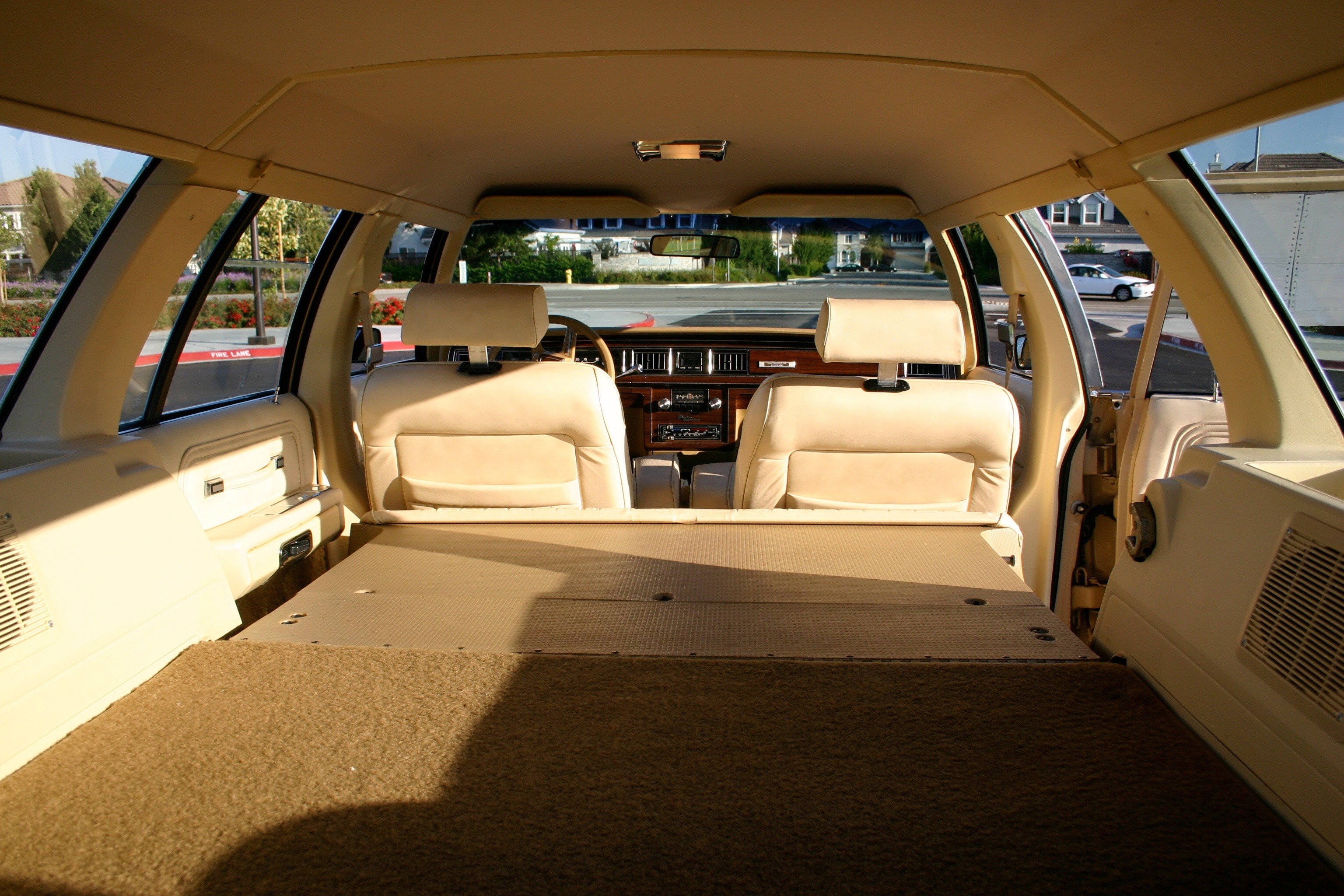 That was the only wagon that I remember from our family. When we replaced it, most likely because at 5-6 years old it was getting too expensive to fix, we went back to sedans and mom bought a second car.
Collapse